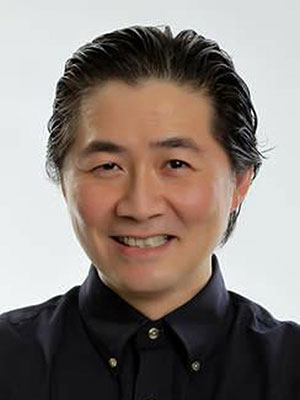 Andrew Ho saw his first Kung Fu movie at age 2, and his passion for exploring martial arts has never ceased. At 8 he started learning Yang Style Taiji Quan and, later, Tae Kwon Do. He decided to pursue Chinese Martial Arts and traveled to Taiwan to practice Guoshu, training in Traditional Kung Fu and Guoshu for 8 hours a day. He also studied Xing Yi Quan and Taiji Quan, and realized his true passion was for Wushu. He furthered his studies in Beijing, China, starting in 1983, training with the prestigious Beijing Wushu Team under the tutelage of the Grandmaster Wu Bin, the legendary coach of the undefeated Beijing Wushu Team from 1986-1992 and of movie star Jet Li. Andrew Ho became a six-time US National champion and the first athlete in the US to medal in the First World Wushu Championships hosted in Beijing. He branched out into the movie industry when he was noticed by talent scouts from Hong Kong, and made action films in Wuzhou, China, where he Bonnie Fu. They married in 1993 and moved to Arizona, where they have established the Phoenix Wushu Academy to provide a place to nurture and inspire people of all ages to learn about Wushu and Chinese cultural arts.