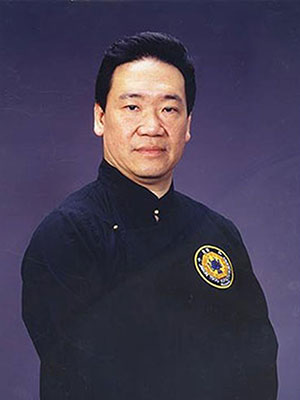 Jason Tsou was born in Taiwan in 1949 and began martial arts studies at age 11 with Mei Hwa Chang Quan (Plum Blossom Long Fist Kung Fu) from Wu Ti-Pang. Tsou went on to study several other styles. He won the singles championship title at the 1971 National Kung Fu tournament in Taipei and served as chief martial arts instructor for the Taiwan Air Force, Fourth Division. He immigrated to the US in 1974 to pursue graduate study at the University of Massachusetts. He founded a Kung Fu club there and was invited by the Massachusetts State Police to teach riot control techniques to state troopers. In 1990 he founded the Jason Tsou Kung Fu Academy in Los Angeles. He has been featured in many martial arts magazines and has produced several instructional books and DVDs. Tsou formed an organization called Circle of Arms to showcase traditional Chinese weapons fighting and has promoted Chinese sword fighting for sport (Jianshu) at major Chinese martial arts tournaments, where he has also served as chief judge. He continues to teach Tai Chi Chuan, Jianshu, and Kung Fu at UCLA and California State University, Long Beach.