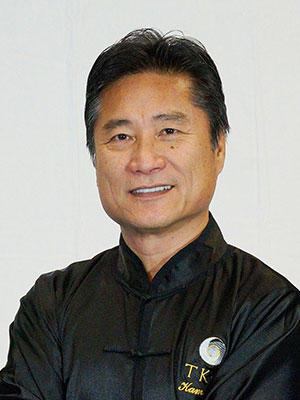 Kam Lee has been practicing Chinese martial arts since 1973 and teaching in the Jacksonville, Florida, area since the early 1990s. He founded the Taiji Kung Fu Academy in 1997. He is 4th generation Wuzuquan Kung Fu under Grandmaster Kan Hu Chang and a 12th generation Tai Chi practitioner under Grandmaster Zhu Tiancai. Kam Lee was a gold medalist in the International Jiaozuo Open Taijiquan Championships in 2007 and 2011 for forms and swordplay. A Chief Judge in national Chinese Martial Arts Tournaments for nearly 20 years, he has appeared on TV shows, taught workshops and performed in Masters’ demonstrations throughout the United States and abroad. He is also an orthodox Acupuncture Physician trained in the art of healing.