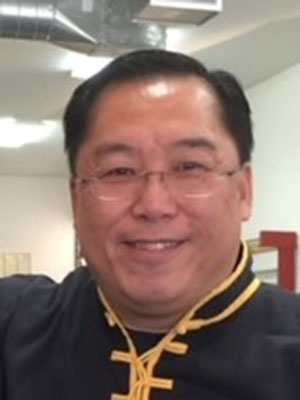 Benson Lee has been training and teaching Eagle Claw Kung Fu and Tai Chi since 1976 under Grandmaster Leung Shum in New York City. Lee was a top-ranked forms and weapons competitor in open tournaments. He moved to Sacramento, California, and taught Eagle Claw privately to small groups while establishing a hotel management career. He established an Eagle Claw Kung Fu studio in the Glendale/Los Angeles area where he continues to teach. He has served as Chief Judge at many martial arts tournaments. He maintains a results-oriented approach to kung fu training, fighting, and self-defense. Lee is a Senior Board Director of Leung Shum’s Ying Jow Pai Association and a Board Advisor for the Traditional Chinese Martials Arts Federation of Southern California.