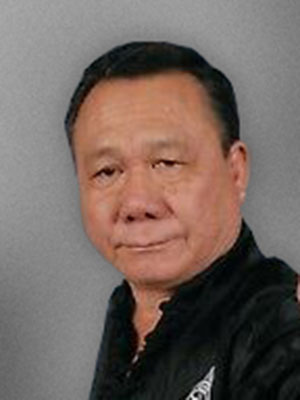 Buck Sam Kong’s earliest training in Hong Kong came from his mother, who practiced the Eagle Claw style of Kung Fu. At age 8 he began his training in Hung Gar under Sifu Lam Cho. He also trained in the Choy Li Fut system. In 1956, at age 13, he moved with his parents to Hawaii where he completed high school, became a naturalized citizen, and served in the U.S. Army. He was a hand-to-hand combat instructor for his division in Korea. Kong returned to Hawaii and began to teach Kung Fu openly, not limiting his teaching to people of Chinese ancestry, as was common in those days. In October 1963, Sifu Kong and his friends opened a training hall in Kalihi. Today, his Siu Lum Pai Kung Fu Association teaches traditional Kung Fu and Lion Dance and has branches in several countries. Kong now lives and teaches in the Los Angeles area.