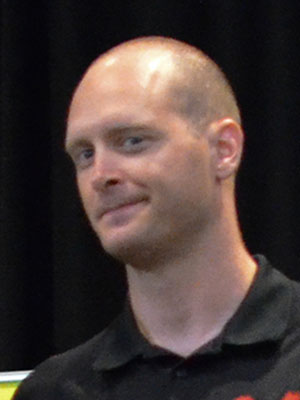 Devon Waldron began training in martial arts at age 6, starting with Taekwondo, Judo and Hapkido, then Greco-Roman wrestling in high school. At age of 18 he began studying traditional Chinese martial arts under Leung Fu of Bak Shaolin Eagle Claw, and also studied Jow Ga under Raymond Wong in Washington, D.C. Waldron competed for 28 years and was successful in forms and fighting, winning medals in national and international competition, including full-contact kickboxing and Sanda/Sanshou matches in the US and Canada. He also medaled in forms at a handful of international events. In 2007, Waldron founded Northern Lights Martial Arts, in Bismarck, North Dakota, as a training club and competition team with a sense of community, focused on Northern Shaolin Eagle Claw and dedicated to the cultivation of martial arts.