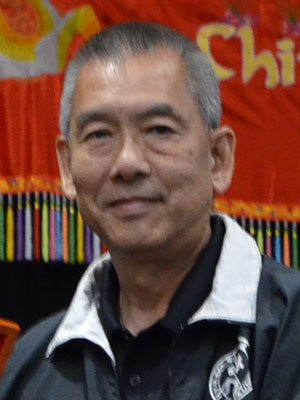 Harry Lo is the head of the Wah Lum Kung Fu school in Melbourne, Florida. He began his martial arts training in Hong Kong with Wing Chun Kung Fu and Yang Tai Chi. After his arrival in the United States in 1968, he continued his martial art studies with Karate systems such as Goju USA, Uechi Ryu and Yoshukai. In the 1980s he began to train under Grandmaster Pui Chan of the Wah Lum Praying Mantis System. Besides working as an electrical engineer, Sifu Lo has been teaching the Northern Praying Mantis Kung Fu System and Traditional Tai Chi Chuan at his school since 1992. He is active in the promotion of Chinese Martial Arts in Florida, and a member of the United Kung Fu Federation of North America and United States Traditional Kung Fu Wushu Federation.