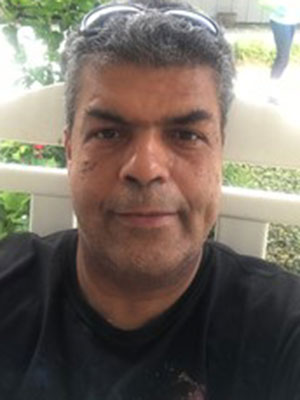 Paul Ramos has been a student and promoter of martial arts since 1971. His initial training was in Okinawan Karate, and in college began Tomiki Aikido and Olympic style fencing; saber is his favorite weapon. During his US Army service he added Shaolin Kung Fu, Medieval Weaponry, and light and full contact sparring. Upon his discharge from the military in 1987, he opened a Kung Fu school with former Army training partner Christophe Clark, who introduced him to Yang Style Tai Chi and Push Hands. In 1992 he traveled to Shanghai, China, to train with Liu Xiao Ling and Gao Tie Niao, the two top disciples under Pei Xi Rong, head of the Wudang Long Men Pai system. Ramos was the first American to be admitted into this 700-year-old Taoist Health and Martial lineage. He continues to train with these masters in Tai Chi Chuan, Xing-I Chuan, Bagua Zhang, and other internal systems as well as in Qigong, Nei Gong, and Chinese Medicine. He continues to teach in the Washington, D. C., area, and in Gaithersburg and Takoma Park, Maryland.