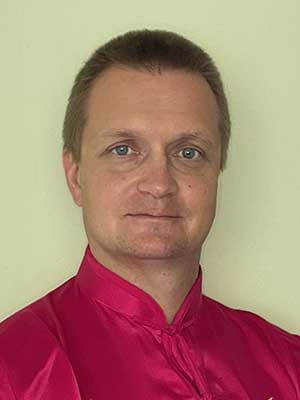 Vital Yarashevich’s background in martial arts spans more than 25 years, with 6 years as a competitor and 20+ as a coach. He holds a master’s degree in Physical Education (with a Martial Arts specialization) from the Belarusian State University of Physical Training. This degree allowed him to approach coaching as a developmental process that encompasses both body and mind, and to help hundreds of students over the years grow into champions. Yarashevich has coached champions of the 36th World, Pan-American, and European championships as well as ICMAC tournaments. In addition to his formal education, he underwent intense coach training in Belarus, Russia, Ukraine, Italy, and China, including study with the Beijing Wushu Team under the supervision of Wu Bin, the coach of famed actor and martial artist Jet Li. Yarashevich now operates the Vital Martial Arts Academy in Hallandale Beach, Florida.